I have read a couple of articles recently which advocate for the development of creativity in children.

This WSJ article is in favor of kids making and creating without the use of directions.  Trial and error are favored over “getting it right” and parents who support their child developing their tinkering skills, are doing them a huge favor.  One parent interviewed describes mistakes as “part of the learning process”.  Awesome. Tinkering is encouraged as it develops spatial and mental rotation abilities which are integral to geometry and engineering.  One particularly interesting piece of information:

Jim Danielson, of Arlington Heights, Ill., fell into tinkering after his mother said he couldn’t have a TV set in his bedroom. “If I build my own TV, can I have it in my room?” he asked. “They probably didn’t think I could do it, so they said yes,” he recalls.

He built a projector system for his room during his high school sophomore year, and he and his friends used it to play Nintendo 64 games. His mother didn’t let him take the creation to college, though, concerned it might be dangerous in a small dorm room.

No matter. Mr. Danielson, now 21, dropped out of college last year to accept a Thiel Fellowship—an unusual program started by Peter Thiel, co-founder of PayPal—which pays young innovators $100,000 to stay out of college and spend two years tinkering instead.

Our first unit next year is about Solar Energy.  Based on this information, I want to make sure I have lots of tools and materials that will lend themselves to tinkering with less emphasis on ‘package’ solar energy kits and more on guided discoveries through tinkering. This made me think back to developmental time in New Zealand schools where children are given the option to tinker to their hearts content.  In light of the recent visit of Sal Khan to Boise, I would like to see our school move toward science/math oriented guided tinkering sessions that cross grade levels.  This could also be extended into Family Math and Science nights where teachers, parents, kids all gather together to tinker.  Sound fun to me!

Encouraging passionate learners … even when it’s not your thing

This post was written by Amanda Morgan of Not Just Cute.  The premise of the article is that passion and creativity should be encouraged and supported even when the same passion is not matched by the parent or teacher.  Kids who love worms, toads, dirt….whatever, should be encouraged in the following ways in order to promote self-directed, engaged learning – the opposite of which may be educational apathy:

When I think back to our recent Exhibition unit, and I think about how engaged our students were when they were paired with mentors or found community members that shared their passion, I know this to be true.  Seeing first-hand how kids respond when they have someone who really is genuinely interested in what they are passionate about is integral to the learning process.

I then found this website that would support the sharing of the creative process: 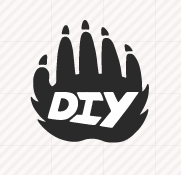 DIY is an online community for kids. We give kids tools to collect everything they make as they grow up and a place to share it.

We’ve all seen how kids can be like little MacGyvers. They’re able to take anything apart, recycle what you’ve thrown away — or if they’re Caine, build their own cardboard arcade. This is play, but it’s also creativity and it’s a valuable skill.

Our idea is to encourage it by giving kids a place online to show it off, so family, friends and grandparents can see it and easily respond. Recognition makes a kid feel great, and motivates them to keep going. We want them to keep making, and by doing so learn new skills, use technology constructively, begin a lifelong adventure of curiosity, and hopefully spend time offline, too.

This looks like a very cool place for kids to share ideas with kids and be inspired by each other. Again, despite the somewhat ‘childish’ looking forum, I would really like to use this as a forum for my little solar tinkerers to share their work, get feedback and be inspired to create more.  What do you think? Take a look at the user interface and the feedback the site has already received: 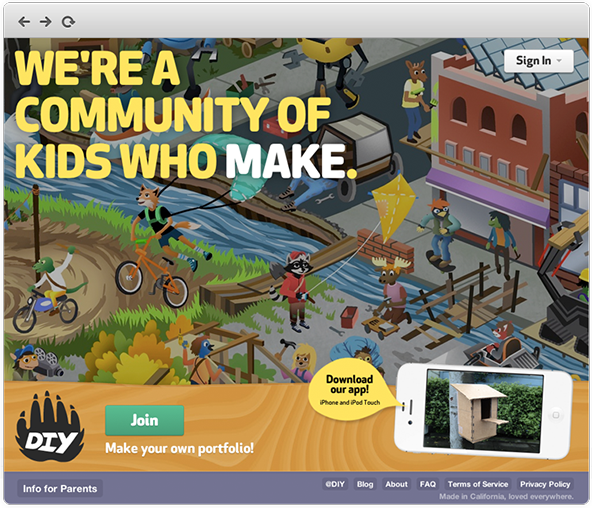 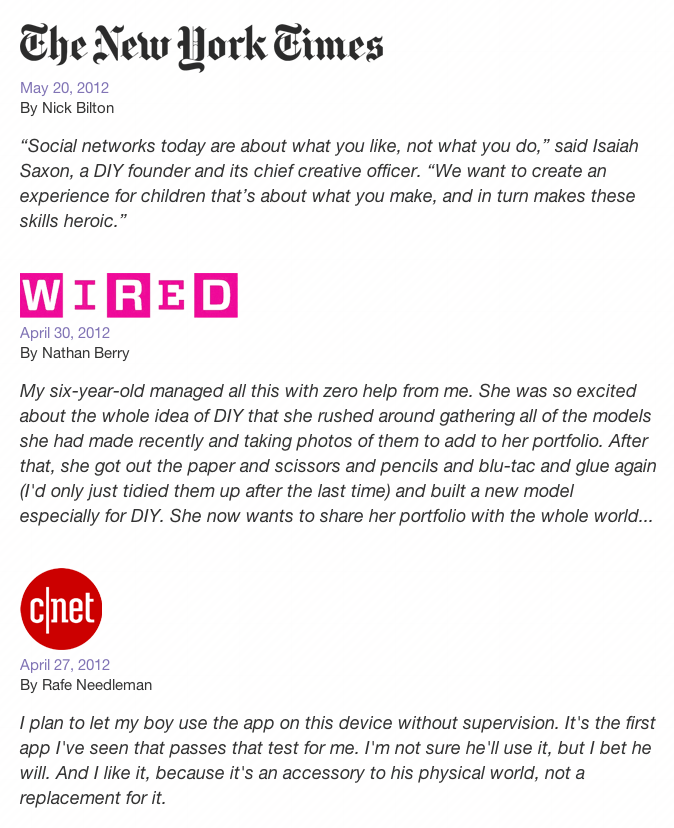 6 thoughts on “Become an Enabler….of Creativity!”