I am tired. And I should be in bed. But I am reading my email because the tiny human, furry human, and loving husband are in bed and the house is quiet.

And just delivered from GapingVoid is this little gem, hot off the press: 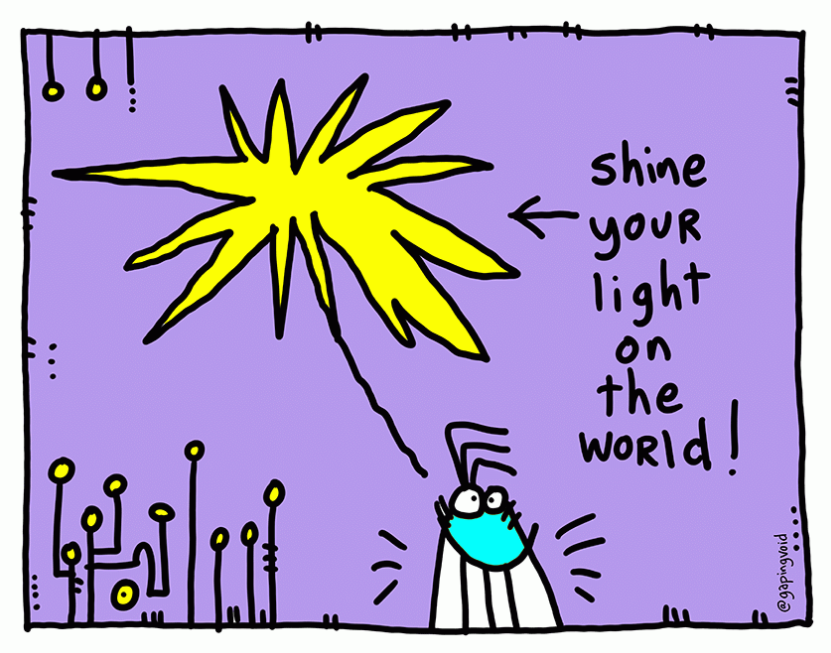 It comes with this explanation from Hugh:

Instead of waiting to be hit by the light, I decided to become the light instead.

It was my decision.

It was also one of the happiest and most profound moments of my life.

To use a familiar tennis metaphor, you’re spiritually better off once you teach yourself to always keep the ball inside your own court. Don’t wait for the world to whack it to you. A-men.

I have had a lot of work to do with my students pastorally the last few weeks. I think we have reached the tipping point and things are now on the rise.  I hope this is true.  One of the things that changed my outlook on the situation was when I stopped and remembered one of those lists that I had read once – you know, the “things that you need to remember to live a happy and fulfilled life” lists. It was this one.

I really started questioning what I was doing as a teacher – or more specifically, what I was (or wasn’t) doing that was resulting in the behavior I was seeing.  How had I gone wrong?  What had I done?  Why am I so terrible at what I am supposed to love doing?

I did all these things and then Hugh, bless, made me my own cartoon to commemorate my somewhat disastrous but ultimately insightful week.