One of my concerns is that math in my classroom is not as inquiry based as I would like it to be.  My students and I just began a unit on Geometry.  I gave the pretest and for the most part, students had a spattering of knowledge and the test was completed with much hair pulling and cries of “Man! I KNOW this….but….I forgot!”.  When we went over the paper, I could see a collective “aha” from the majority of the students as they started to dust off the vocabulary sitting at the back of their minds.  So, what to do?

I did some scouring of the internet and came up with a couple of really interesting reads: Angle Measurement – An Opportunity for Equity, and Inquiry Maths: A Parallel Lines Inquiry.

After reading these articles, the next day my students and I sat with the pretest and pulled the vocabulary from it.  They spent the lesson with math dictionaries, math tools, the Khan Academy, and various math text books from the classroom shelves in order to create an understanding of what these terms meant.  They found all these connections that I wanted them to know but didn’t want to just tell them: that perpendicular lines were also intersecting lines but not all intersecting lines are perpendicular.  Same with equilateral triangles and isosceles triangles (all equilateral triangles are isosceles but all isosceles are not equilateral). Some asked if they could work on their “Math Dictionaries” at home.  Others took screen shots of Khan Academy videos and added their own notes.  I told them they were preparing for an inquiry and they needed to be well equipped!

The next day, we discussed the idea of using math as a language. I drew a rectangle on the board in purple marker.  If this were to be described using the English language, I would call it “Purple Box”.  If it were to be described using Math language, I would call it “A rectangular quadrangle with interior angles of 90 degrees each (right angles) formed by a set of horizontal, parallel line segments and a set of vertical, parallel line segments. They got the idea.

I told the class that this was an open, collaborative inquiry. That meant they were free to consult any source they needed in order to extend their inquiry and that the work was collaborative in that I wanted them to build off each others ideas.  I have 18 students (I know, I am blessed!) and so I printed off 9 pictures (3 of each image) so that children had a choice of where to work in the small room.  I also wanted to be able to have them come together with other groups during the next lesson to share and compare their findings. Before I showed them the images, I shared the Success Criteria for the lesson: 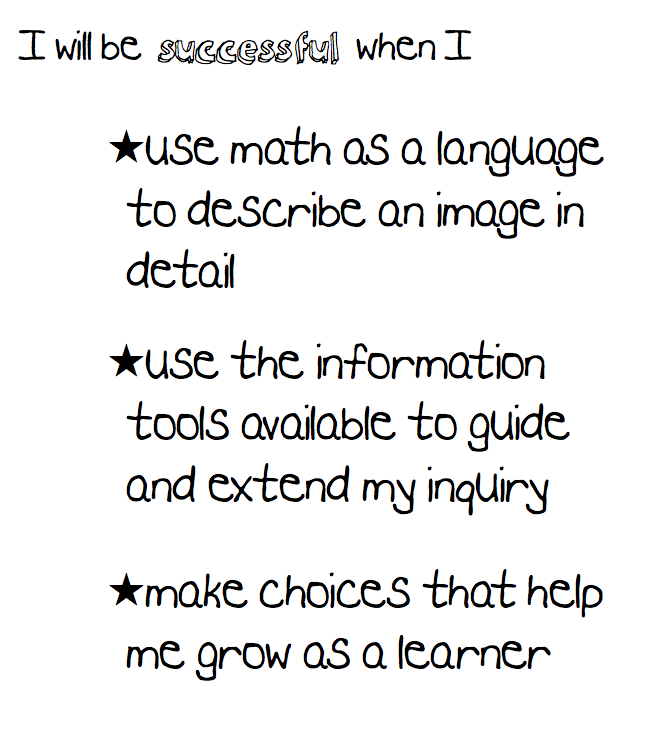 Here are the images I used, the first one from the Parallel Lines inquiry and the second and third from another Inquiry Maths Inquiry: 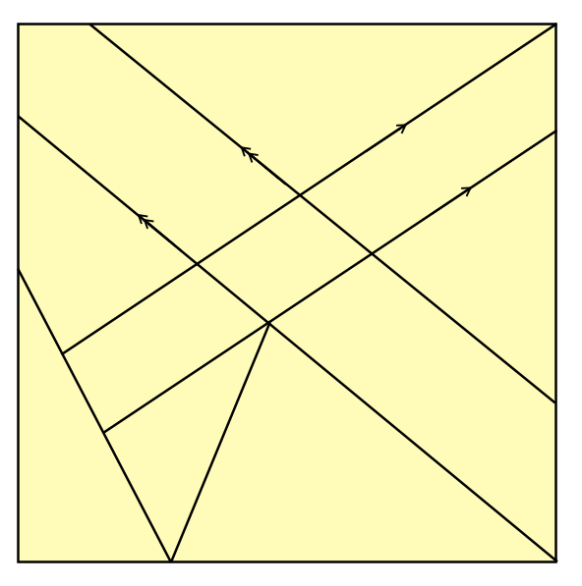 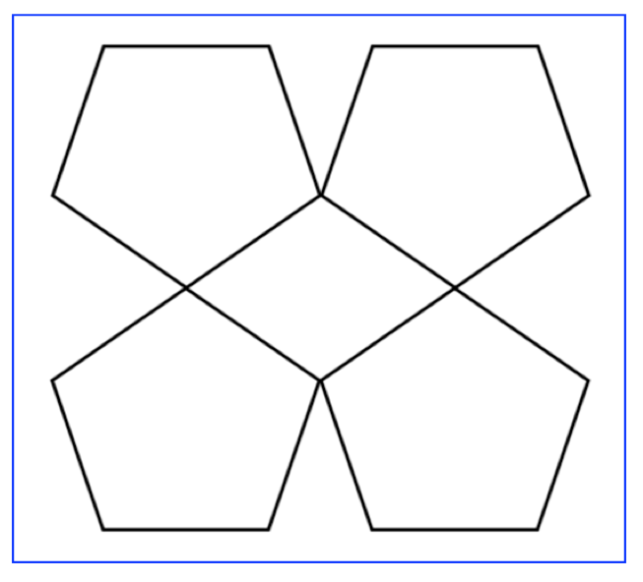 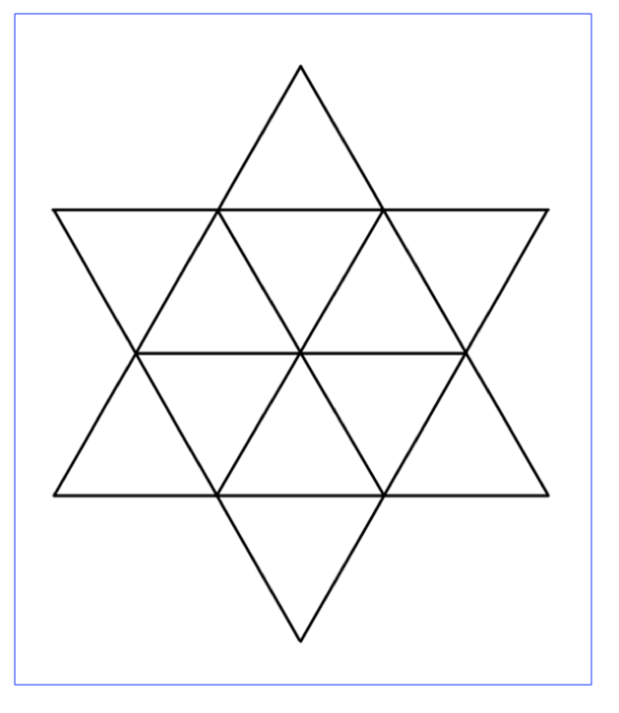 My students were shown the pictures, reminded of the Success Criteria for the lesson,  and were off!  It was fascinating.  They partnered up in a similar fashion to the day before when they were creating their vocabulary understandings and quickly started to use their knowledge to describe their image. I “casually” asked if anyone wanted a protractor (YES! YES! YES!).  As I wandered around I saw children reading, questioning, measuring and using their math language to describe the image in front of them.  “Can we draw on it?”  Yes!  For one group who had the star shaped image, this led to some pretty crazy coloring/marking which to my naive eye looked more like silly scribbling than serious math but I let them keep going.  One group started talking about symmetry and I found some mirrors and laid them on their table which started another investigation into where that line of symmetry actually was.

This was supposed to last 15 minutes but it was clear they had more than 15 minutes of math language in them!  As the end of the lesson neared, I asked them to briefly group with the other people who had the same image to get an idea of what others had done. Cries of, “I was going to do that next!”, “I hadn’t thought of that!”, “I forgot to put that, too! ” and  “Where did you get a mirror from?!” were heard around the room.

I have a really great class of kids but like all kids they need to be asked to think about why they do what they do and how they are behaving.  As a PYP school, we offer a values-laden curriculum so teaching about attitudes is part of what we do.  We are currently working on the culminating project of the PYP – the Exhibition.  It requires a lot of group work and one of the things I am noticing is that students need more than to be physically placed in a pod of four students, for group work to be successful.  We have been looking at the type of attitudes we expect to see at our school and I wanted them to see the connection to this in math class so I gave them the following exit slip for the lesson: 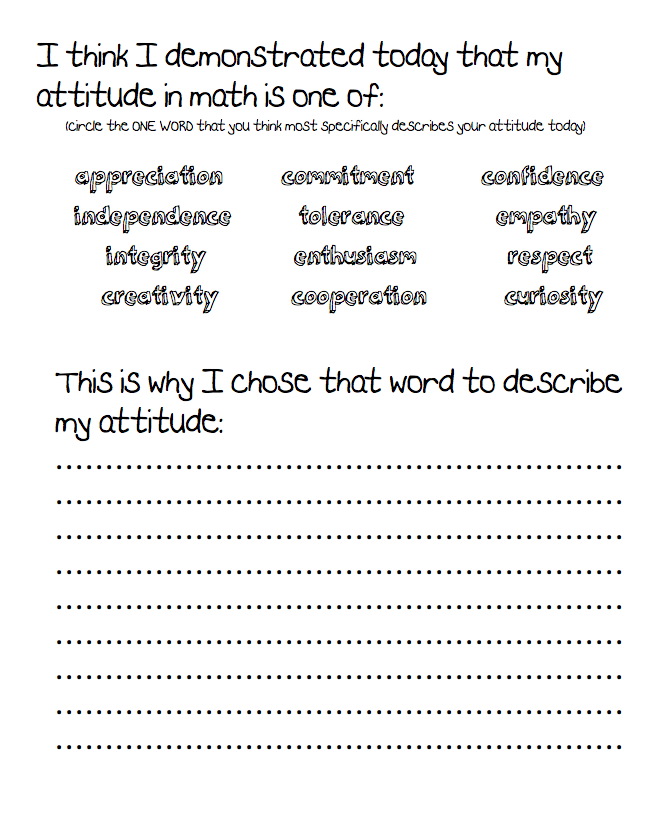 Their comments were so insightful:

and the student that I thought was goofing off:

I think the students were not the only ones learning something today!

1 thought on “A Geometry Inquiry with Attitude”