Two weeks ago, I went to the opening of the Matisse Cut Outs Exhibition at the Tate Modern.  It is the largest collection of his paper cutouts ever assembled and included a couple of fascinating movies of the artist at work, culminating in his magnificent paper cut outs transformed into stained glass windows – breathtaking.

Henri Matisse is the embodiment of persistence.  After becoming ill and no longer able to paint and sculpt, Matisse turned to his scissors.  His work shows the transition from the fluidity of the brush to the more definitive slicing of paper.  Undeterred by the change in medium of expression, Matisse would simply cut and cut and cut, adding layers and shapes to his cut outs to achieve the desired look.  He would pin his work in place before gluing it down.  One of his pieces had more than 1000 pinholes in it as he continued to arrange and rearrange to get the desired outcome.

Persistence.  It is something we talk about, encourage in our kids, hope to embody in our own lives.  Sticking with something until it’s done – whatever that looks like to you.  Matisse had persistence in spades.  He was often commissioned by philanthropists and art lovers to create bespoke work and during this process, would often have his designs and colors perpetually rejected.  He embraced this rejection.  Embraced it.  An elderly man, in failing health, and he chose to live his life having his work critiqued and rejected, offering him the opportunity to put together different colors, shapes, patterns – all with the goal of finding a palate and design that was perfect for his client. He was inherently persistent.

So how can we build this in our kids?

I think one of the things we need to be doing is continually pointing out the gains that are being made as learners – even when these ‘gains’ are not necessarily directly related to the acquisition of knowledge. What do I mean?  Say you had asked your kids to write a persuasive essay.  Your student works hard but ultimately their work is not meeting the agreed upon criteria.  If all of your focus goes on the product (the essay) the motivation to persist in the face of perceived “failure” may be quite low. If, however, you were to employ Guy Claxton’s Split Screen approach, you would still take time to evaluate and discuss the essay, but then you would ‘split’ your time by discussing the process. What tools would have helped more?  What questions could have been asked?  What was good about the way the work was initially organized? 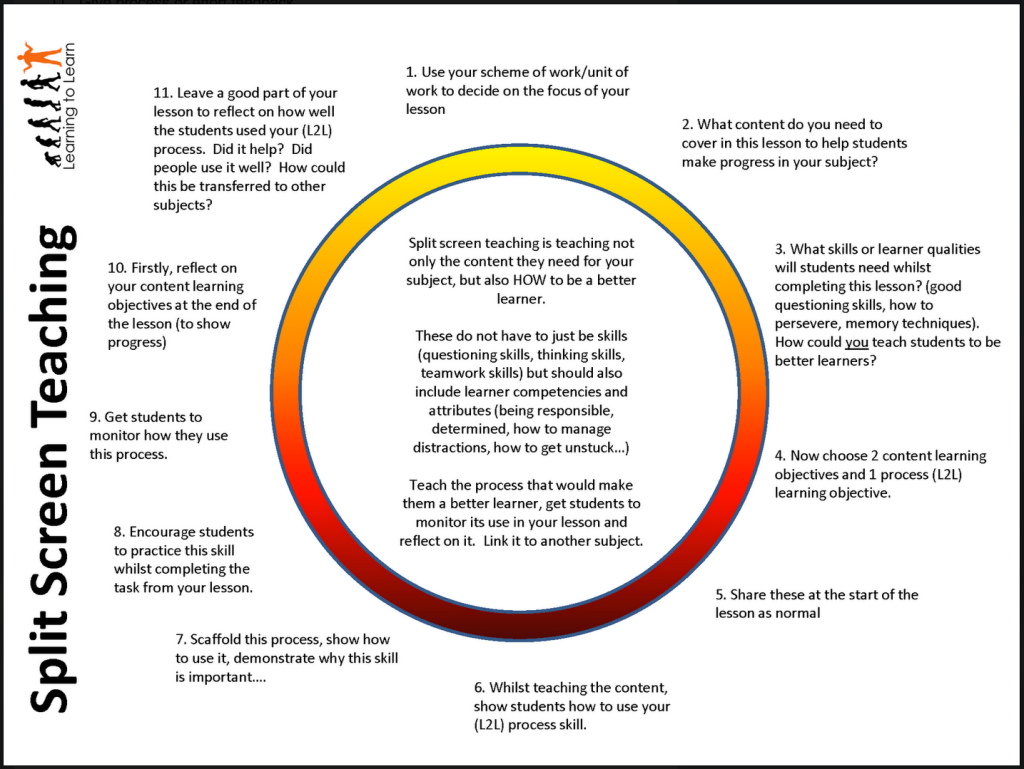 By “splitting” between process and product, students can see that they ARE making progress and growth in their learning.  The skills you help them see that they have developed can be transferred to the next task.  They will be more likely to persist when they can see the possibility that exists within themselves.  As teachers, we have to help shine a light on that possibility.

*I have written previously about Process-vs-Product.  Check it out here.